What Is the Three-Second Rule in Driving in California?

Safe driving requires a driver’s careful operation of their vehicle and close attention to surroundings. All drivers develop habits over time that help them anticipate the actions of other drivers and navigate traffic safely. Every driver must cultivate healthy driving habits to limit their risk of causing accidents. A general rule that helps many drivers maintain safe following distances is the “three-second rule.” It requires leaving three seconds of space between your vehicle and the vehicle driving in front of you.

If you are interested in forming safer driving habits, you need to understand and implement the three-second rule. However, it’s essential to understand that this rule is flexible and requires adjustment at various speeds. As you drive, remembering the three-second rule and adjusting it as necessary for your current traffic conditions can significantly reduce your risk of experiencing a car accident. 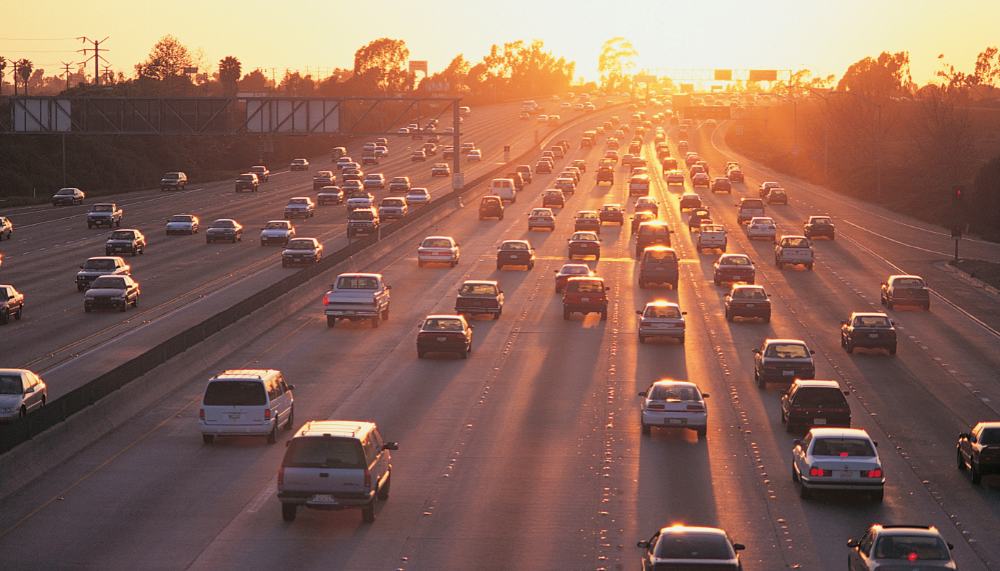 How to Use the Three-Second Rule

The three-second rule is quite simple: As you drive behind another vehicle, watch as they pass a roadside landmark, then count the seconds it takes you to reach the same landmark. It may be a mile marker, a guardrail section, a sign, a tree, or anything close to the road. It should take at least three seconds for your vehicle to reach the same landmark. This means there is sufficient space between your vehicle and the vehicle in front of you, and you should have plenty of time to slow down or stop if the driver in front of you suddenly applies their brakes.

Rear-end collisions are one of the most commonly reported types of motor vehicle accidents in the US, and many of them could be prevented if the trailing driver practiced safe following distance. Unfortunately, the trailing driver is almost always at fault whenever a rear-end collision occurs. Every driver has a responsibility to prevent accidents, especially when hitting other vehicles from behind. The three-second rule can help drivers lower their risk of causing rear-end collisions, but it is crucial to remember that this rule will require some adjustment in different situations.

How to Adapt the Three-Second Rule

While the three-second rule can be a valuable tool that helps drivers lower their risk of having accidents, it’s important to remember that three seconds of following distance may not be enough in some situations. Additionally, trying to maintain three seconds of distance between your vehicle and the vehicle in front of you is unrealistic in some situations, such as low-speed traffic. Trying to maintain this much space could slow traffic flow and frustrate the drivers around you.

Adapting the three-second rule helps you maintain safe following distances at various speeds. If you are driving above 30 mph, you should extend your following distance by one second for every additional 10 mph of speed. Three seconds should allow for enough space when traffic is moving around 30 mph, but you may want to bump this to four seconds at 40 mph, five seconds at 50 mph, and so on. The faster a vehicle moves, the more time and space the driver needs to slow down and stop to avoid accidents.

Is the Rear Driver Always at Fault in a Rear-End Collision?

When a motor vehicle accident happens in California, the drivers involved must determine fault for the accident to settle subsequent insurance claims or civil claims for damages. In most rear-end collision cases, the trailing driver is responsible for the leading driver’s damages. This is because all drivers have a duty of care to avoid crashing into vehicles in front of them, even if a leading driver applies their brakes suddenly. In addition, drivers must leave themselves enough room to account for other drivers’ sudden use of their brakes and other unexpected issues.

Q: Is the Three-Second Rule Always Essential?
A: Think of the three-second rule as a general guideline that can help you limit your risk of having an accident in California. It may not always be appropriate to leave three seconds of following space between your vehicle and the vehicle in front of you. However, this rule can still help you develop safer habits when following distance at various speeds.

Q: What Are Safe Driving Distances?
A: Safe driving distance allows a driver enough space and time to slow down or stop when the vehicle in front of them uses its brakes. Driving too close to another vehicle, known as “tailgating,” is dangerous for the leading and the trailing driver. Rear-end collisions can easily cause severe injuries. The driver responsible for causing a rear-end collision will absorb liability for any resulting injuries and economic losses they cause to the other driver.

Q: When Shouldn’t I Use the Three-Second Rule?
A: The three-second rule is typically safe to use at driving speeds of up to 40 mph. If you are driving in a higher speed limit area, you should add another second for every 10 mph of speed. Remember that the three-second rule is not a fixed rule and is a general guideline that should help you maintain safe following distances at various speeds.

Q: What Happens When Both Drivers Are at Fault for a Crash?
A: California enforces a pure comparative negligence law that applies whenever both a defendant and a plaintiff share fault for a civil injury. The trailing driver in a rear-end collision is likely to absorb most of the fault for this type of accident, but the leading driver could also face partial liability. A plaintiff’s fault percentage will reduce their case award or settlement to reflect their contribution toward causing their claimed damages.

It’s natural to have many legal questions after an accident, especially if you are unsure how the accident occurred and who is at fault for the resulting damages. Easton & Easton can provide the legal guidance and support you need in this situation. Contact us today to schedule a case evaluation with our team.